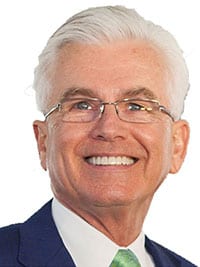 J. David Mahoney is a successful small businessman who owns and oversees Noble Gas Solutions, headquartered in Albany, NY. With more than 50,000 square feet of office, manufacturing, distribution and lab space in Albany, plus another 5,000 square feet in Kingston, NY. Noble manages over 30,000 gas cylinders and thousands of SKUs of gas-related equipment and supplies on a daily basis. The company also operates a specialized gas laboratory that is one of only 10 independent ISO 17025-accredited laboratories nationwide, and the only one in New York State.

Born in Waterford, NY, one of six children, Mr. Mahoney learned the value of hard work, perseverance, and overcoming obstacles from a young age. Unable to afford college tuition and needing to help support his family, he went to work as a sales trainee for a small, local welding supply company in 1976. He worked his way through the ranks, becoming sales manager in 1978, Vice President in 1980, and President in 1985. In December of 1986, Mr. Mahoney purchased the company, and since then, has turned what was once a welding supply company into a nationally recognized player in the gas and welding supply industry. He is actively involved in many industrial trade organizations, including service as President of the Northeastern Sub-Contractors Association (1992-1993) and President of the National Welding Supply Association, now The Gases & Welding Distributors Association (1999-2000).

An energetic, passionate business owner skilled at leading and motivating his team to success, Mr. Mahoney enjoys speaking about business, leadership and philanthropy. Just as importantly, he is committed to practicing what he preaches. A true believer in giving back to the community, Mr. Mahoney raised more than $3,000,000 to support a host of charitable causes and organizations.

When Mr. Mahoney is not in the office or enjoying time with his family, this avid golfer can be found perfecting his game on the golf course, aiming for his third hole-in-one! 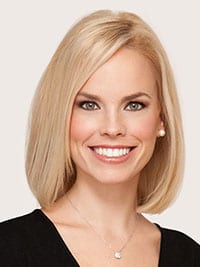 Colleen Kohler has served as Noble Gas Solutions Executive Vice President since September 2019. Colleen leads the company’s sales team and is responsible for driving profitable, sustainable growth and expansion into new markets and products. Colleen is also driving the company’s initiative to progress processes and procedures in order to improve the total client experience. She reports to President/CEO J. David Mahoney and serves on Noble Gas Solution’s Executive Management Team.Â  Colleen returned to Noble in 2017, taking her prior role as the Director of Operations.

Before joining Noble Gas Solutions, Colleen was the Lead Business Architect for the Plenti Program at American Express.Â  She was responsible for driving integrated teams in delivering technology solutions in support of key product initiatives while working closely with product owners, architects, engineers, and their quality assurance team.

Prior to her work at American Express, Colleen was Director of Operations for Noble Gas Solutions, overseeing the plant and distribution of the business. At this time she implemented a governance structure that the department used to manage, monitor, and document business unit projects and activities. She began work with Noble in 2009, working in both the sales and marketing departments.

Before her Noble Gas Solutions tenure, Colleen was a National Account Manager at Mimeo.com. She also spent a year working as a Specialty Gas Sales Manager with a welding and gas distributor, Prest-O-Sales & Service, in Queens NY.

Colleen earned a master’s degree in Operations Management from Rensselaer Polytechnic Institute and a bachelor’s degree in Psychology from Fordham University. Colleen enjoys running and participated in the 2009 NYC Marathon.Â  She resides in East Greenbush, NY with her husband Rob and her four children. 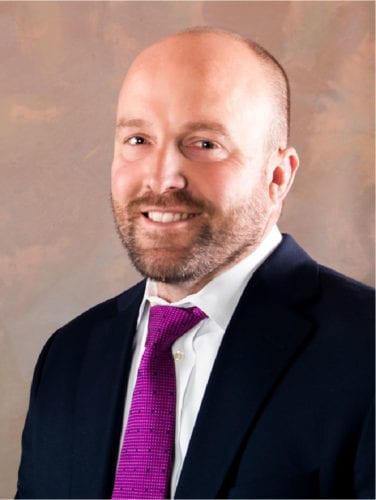 In addition to joining Noble Gas Solutions, Robert owns his own contracting business, Kohler Contracting, Inc. Robert started this company 26 years ago. With the guidance of his grandfather, who was a contractor himself, his company became very successful. Robert’s company frames homes and buildings for many of the leading builders in the Capital District. He has been in the contracting business for over 25 years. His knowledge of this industry has positively impacted the functionality of Noble Gas Solutions’ newly-renovated space, as well as cater to the needs of our customers in the construction business.

Robert earned an associate’s degree in Construction Technology from Hudson Valley Community College. He enjoys playing soccer with his kids and golfing with friends in his free time. Robert resides in East Greenbush, NY with his wife Colleen and their four children.

We have been working with Noble Gas for almost two years and have had nothing but great quality and excellent service. Our business is considered a small business, however, Noble has never made us feel small. We have purchased consumables, safety gear as well as large equipment. They have always been helpful, attentive and have gone above and beyond to make sure we have everything we need to keep our business successful.– Jennifer Mellin, Ironclad Concepts, LLC

Noble Gas Solutions always goes above and beyond to ensure customer satisfaction. We can reach out to them at the end of the day needing something and they are always more than willing to go out of their way to make sure we get what we need, when we need it. Noble Gas Solutions has been our go-to provider for welding supplies in a very competitive market due to their ability to problem solve on short notice, provide quality goods in a timely manner and to maintain competitive pricing . Thank you to everyone at Noble Gas Solutions!– Demy Jepson, Buyer, Fort Miller FAB3 Corp.

Noble operates as a strategic partner. What Noble has to offer goes way beyond the supply of welding gases, machines, and welding-related supplies. Their expertise and technical assistance, and help reducing the cost of hard goods, gases, and labor hours have proven invaluable to us. They are a part of our team here at LAI International.– Mike Dagle, LAI International